Some rulings from recent FSGA events

The FSGA has been very busy running championships and qualifiers over the past several months. Below are a few rulings that occurred at recent tournaments. 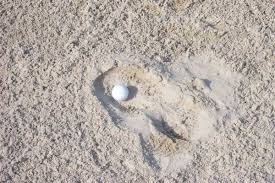 At the Amateur Match Play Championship, competitors played lift, clean and place in closely mown areas because of immense heavy rainfall and a golf course that was saturated. A player’s ball was lying in the rough, but also near some deeper rough that was mowed at a higher height. The player asked an official if he could lift, clean and place the ball. The official said “in closely mown areas”. The player then lifted his ball misunderstanding the official’s answer. The official stopped the player immediately and had him replace the ball. The ball was not cleaned and the lie was not improved. There was some discussion on whether or not the player should be penalized one stroke for lifting his ball when not allowed.  Using guidance in the Committee Procedures section of the Official Guide to the Rules of Golf the player was not penalized. (page 431 or here and scroll down to “Player Lifts Ball Without Authority Due to Misunderstanding Referee’s Instructions”).

At the Florida Women’s and Senior Open, a player was operating under stroke and distance and dropped a ball in the fairway while the other two players in her group were up near the green waiting. One player was standing in a green-side bunker waiting to play when the player in the fairway played her shot towards the green. The ball was heading toward the bunker rather than the green and the player in the bunker had to move out of the way to avoid being struck. The ball landed in the bunker and unfortunately came to rest in a footprint by the player moving out of the way. The player asked for free relief. While it was an unfortunate result, the player is not entitled to free relief from the footprint.

At the Florida Women’s and Senior Open, a player driving a cart accidentally drove over another player’s ball that was lying in the fairway pressing the ball into the turf. An official helped her with the ruling. Since her lie was altered, she player must place a ball within one club-length of the original spot, not nearer the hole, and in the most similar lie to the original spot. No penalties were incurred.

At the Junior Florida Cup (match play), a player’s ball was lying on the fringe of a putting green and there was a scuff mark just ahead of his ball that was also on the fringe. The player tapped down the scuff mark improving the conditions affecting his stroke and his opponent questioned the action. Rule 8.1a(4) specifies that a player may not alter the surface of the ground to eliminate uneven surfaces. The player incurred a lose of hole penalty and the hole was awarded to his opponent. In stroke play, the penalty would have been two strokes. If the scuff mark was on the putting green there would have been no penalty.

Enjoy the rest of this hot summer!