Written by: Darin Green, Director of Rules and Competitions

The FSGA began conducting golf trips last year for our members. We had 32 FSGA members travel to southwest Ireland and play six rounds on some of the most amazing courses in the world. This year the trip was to Northern Ireland and I was fortunate enough to join FSGA’s Director of Course Rating, Gary Donat, as the two staff members accompanying the 25 FSGA members on the trip.

The 25 members on the trip consisted mostly of groups of two or three people that signed up together. There were several couples, brothers, groups of friends, and also a single or two. Everyone meets in Dublin and the company, Sullivan Golf Travel, handles all of the logistics and is essentially your personal travel guide. Everyone on the trip quickly became new friends and some planned dinners together and visited historic landmarks when we were not on the course.

The FSGA has two trips scheduled in 2020, one to Southwest Ireland and another to Scotland. Those trips are currently full and we are creating an alternates list, but we expect to have more trips as an option to our members in the future.

Why am I writing about a trip to Ireland in this rules article? Well, while I was over there playing some of the most iconic courses in the world, I came to realize that golf is played much differently over there and there are some Rules situations you encounter more often.

The first difference I noticed is that locals usually play match play over stroke play. I heard locals and members discussing their match in the clubhouse rather than what their scores were. Americans seem to focus on score more often, and from my experience, focusing on a match rather than score is more enjoyable. 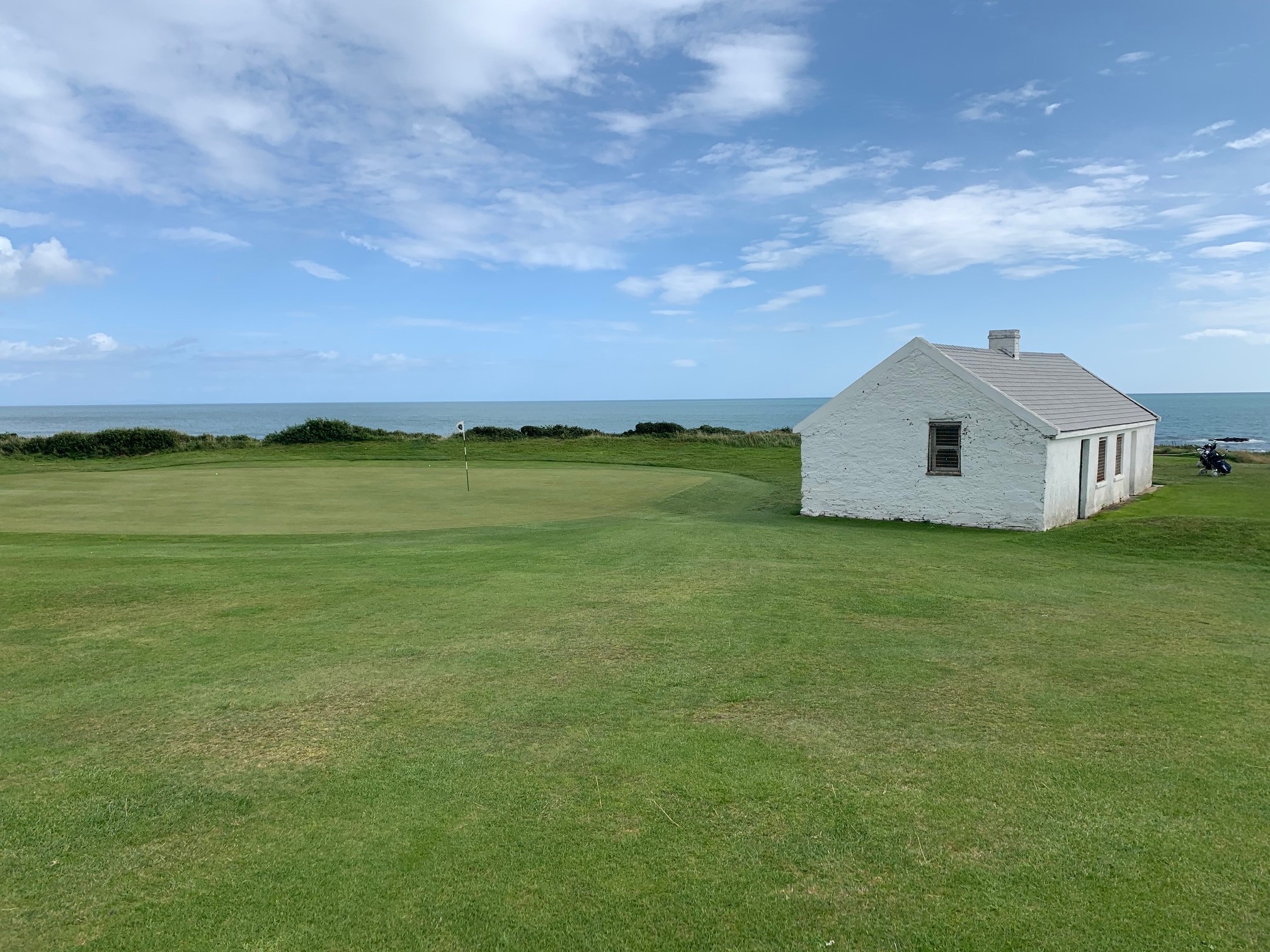 The second thing I noticed is that most clubs have adopted the new Local Rule giving players an additional option for when their ball is lost or out of bounds, which allows them to take two penalty strokes and drop on the edge of the fairway (or several other locations) at the same distance from the hole that their ball was lost or went out of bounds.

This Local Rule makes a lot of sense on the links courses we played for several reasons. First, everyone is walking the course so returning to where you last played for a lost ball is time consuming and frankly, most golfers will not do it. Secondly, it is common to have blind tee shots so tracking the ball exactly to where it comes to rest is impossible making lost balls more common. Lastly, areas not far off the fairways (15-20 yards) are not normally maintained and the grasses and bushes can get very thick, making off-line shots difficult find.

The third thing I noticed that is different from American golf is that it is common to have man-made things on the course that are defined as integral parts of the course making golfers play around, over, or through them without getting relief. For instance, the picture to the right is the seventh hole at Ardglass Golf Club. The “cottage” is less than ten yards off the right side of the green and comes into play for most shots short and right of the green. I witnessed a golfer directly behind it and he had to chip down away from the green for a better angle. Additionally, stone walls, old castles, and small buildings exist on some of these courses and golfers must use strategy to navigate them.

Lastly, I noticed a few small things like free relief from rabbit holes at County Louth Golf Club. Free relief is available under the Rules for holes made by animals, but it was more common in Ireland. 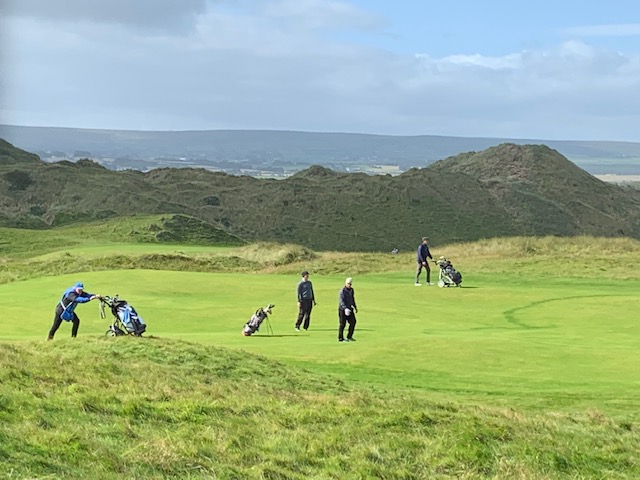 This trip to Northern Ireland was extremely enjoyable and something I will never forget. I embraced the different challenges you face over there like high winds, firm and fast conditions, and enjoyed trying to play shots along the ground and bouncing shots into greens. If you are a golf enthusiast you must experience links golf at some point in life, and maybe that will be on an FSGA trip in the coming years. 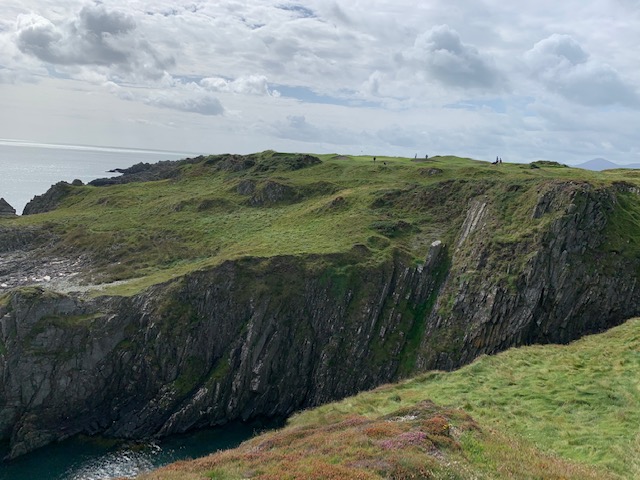