Longwood, FLA. – The Legacy Club at Alaqua Lakes played host to the first Winter Series of calendar year 2022. Troy Vannucci, Steve Pitts, and Chuck Davis would be the three who would walk away victorious in their respective divisions.

In Round 1 Troy Vannucci would take a commanding lead in the Mid-Amateur division. On the back of 7 birdies to just one bogey, the Palm Coast native would card a 6-under 66 to begin the event. Anthony Laudato would be the closest competitor at 2-over 74 where he just couldn’t quite make enough birdies to stay with Vannucci.
Tuesday’s final round would see Vannucci cool off a little as he bogeyed his third hole of the day, opening the door slightly for Laudato who would birdie that same hole for a two-shot swing. Unfazed Vannucci would bounce right back with an eagle at the par-4 4th hole to take his lead back up to nine.
Nine shots would prove to be the margin that Vannucci would carry throughout most the round and finish with. Despite a second round 2-under 70 from Christopher Anderson who was also in the final group, Troy Vannucci would finish with a 6-under 138 total to capture the Mid-Amateur Division. Christopher Anderson’s round of the day would vault him into second place at 3-over total, while Anthony Laudato would finish in third place for the event. 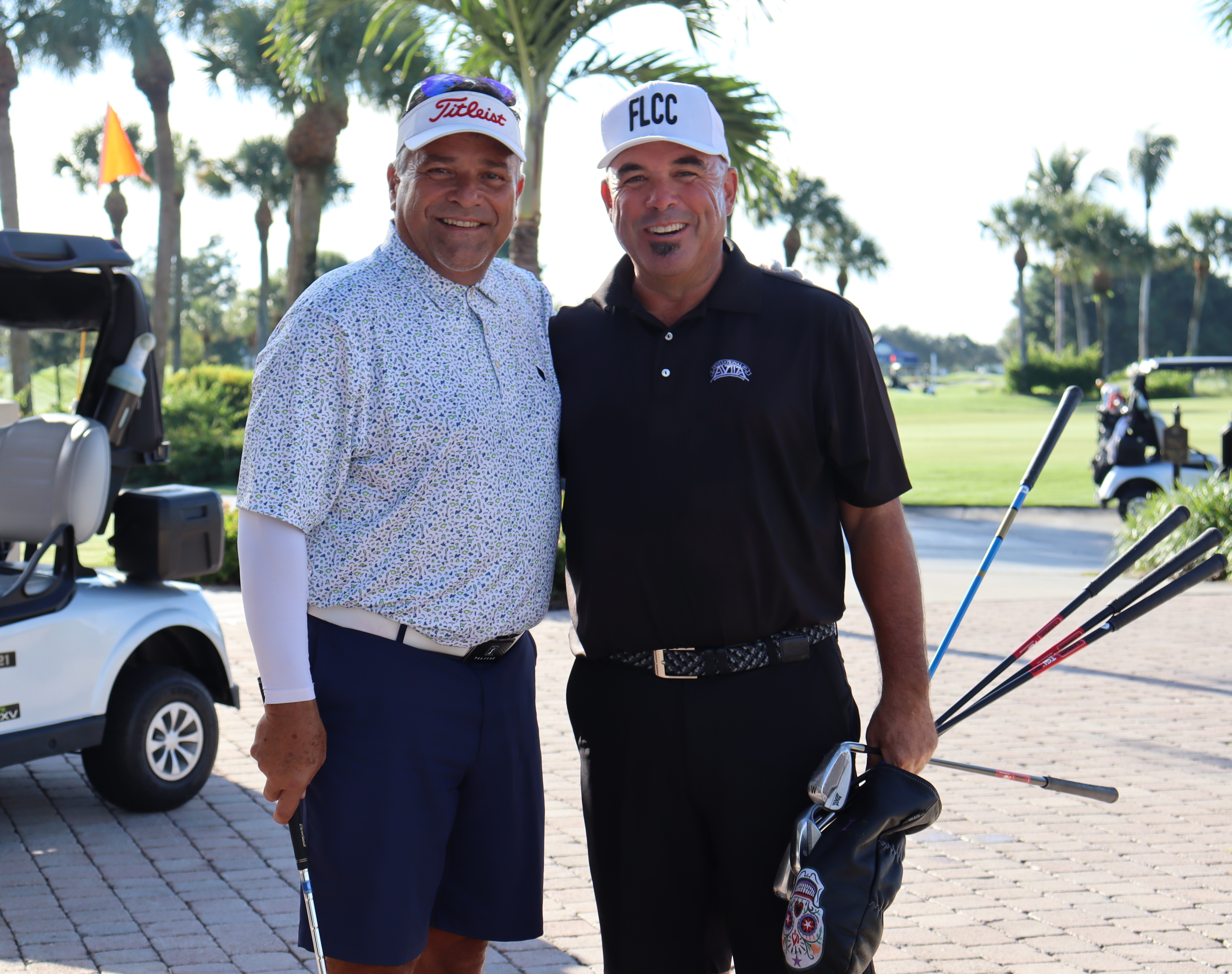 An up-and-down opening round from David Czech that included five birdies in route to a 1-over 73 would be enough to hold the lead on Monday in the Senior Division. Doug Snoap would have a much steadier round of 2-over 74 that would put him in second place with 18 holes left to play. Jerry Nick’s 75 would have him in third place in the hunt for a victory.

The final round would prove to be one for the contenders looking to chase down overnight leader Czech. An opening bogey for Czech would open the door for both players inside the final grouping and outside. Particularly, Steve Pitts who would birdie two of his first four holes to get within one of the lead while Snoap’s opening pars would tie him for the lead.

As the players got to the front nine of The Legacy Club at Alaqua Lakes things would get very interesting. Randall Smathers’ eagle at the 4th coupled with his birdie at the 1st would see him climb the leaderboard. Both Pitts and Snoap would birdie the 4th and Pitts would also birdie the 5th to lead to a three-way tie at the top halfway through the final round.

Pitts and Snoap would both find trouble on the 9th and 10th holes and play them at 2-over each leading to a 2-shot lead for Smathers. With that lead, Smathers would find trouble on the final two holes. A bogey-double finish on the 13th and 14th holes at Alaqua Lakes would find Smathers one shot behind Pitts and Snoap as they would play the closing four holes in even par to sit at a 4-over 148 total for the event.

As thirty-six holes were not enough to separate the duo, Pitts and Snoap would head to a playoff to find a winner. The two would remain deadlocked for three holes but Snoap would eventually pull away on the fourth playoff hole for a victory in the Senior division. Steve Pitts would finish second after the playoff and Randall Smathers took home third place after a 1-over 73 in round two. 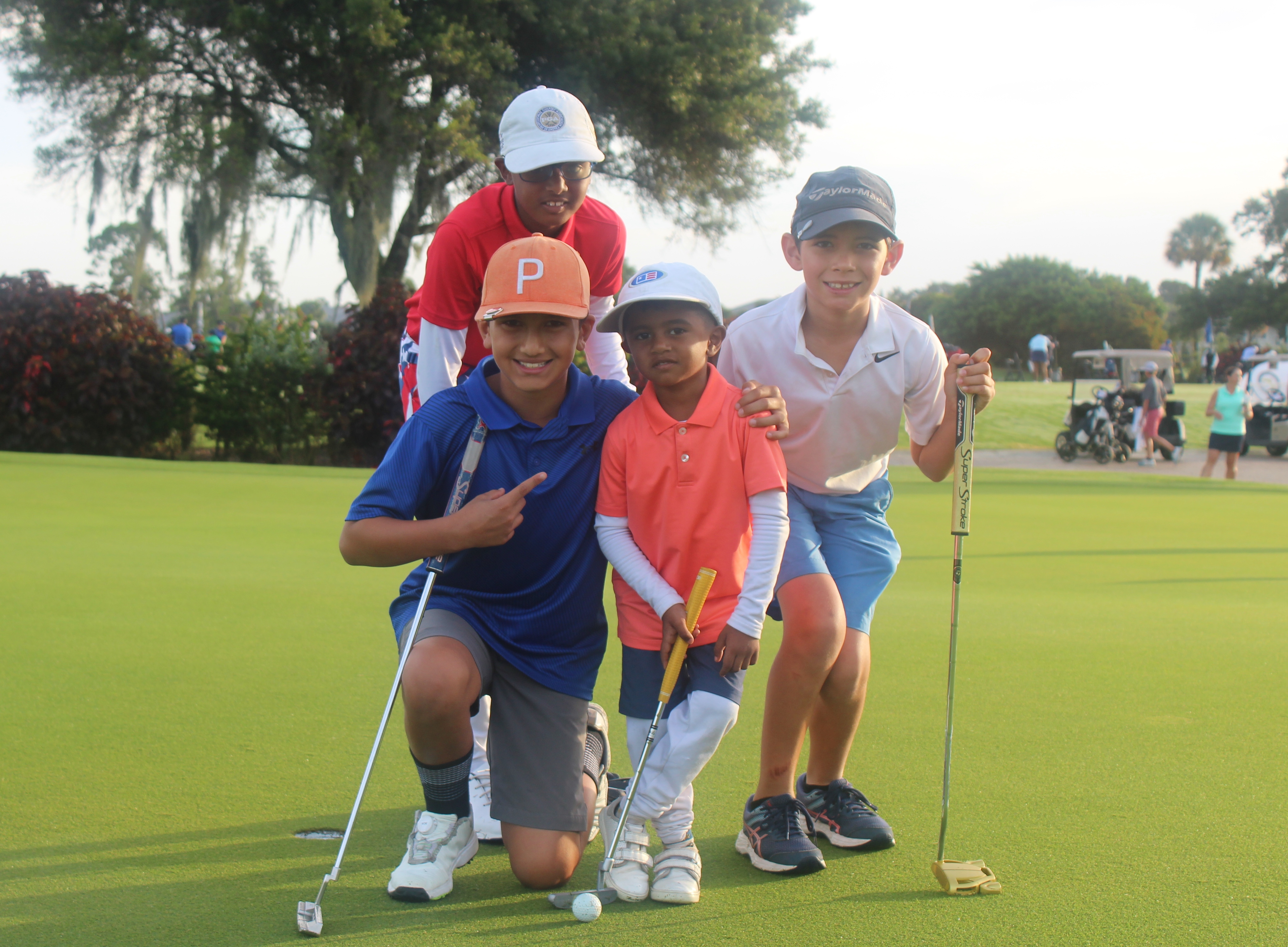 In the Super-Senior Division on Monday’s opening round there was quite a close leaderboard forming. At the top, Dan Gladman’s 75 would be the best of the day, which came at the hands of the three birdies on the front nine at The Legacy Club at Alaqua Lakes. Chuck Davis was fighting to get within striking distance after a tough opening nine that including a triple-bogey on the par-4 13th. Birdies on two out of his final three holes would allow Davis to overcome that mistake to sit just one back heading into the final round after an opening 76. Tom Riley and Vincent Scarpetta would both sit two shots back after Round 1 as both failed to make enough birdies to stay with Gladman, with just one between them.

However, Gladman would struggle as the group began the final round. Five bogeys on the opening nine compared to two-over 38’s from Davis and Scarpetta would see Gladman’s lead fall into the hands of Davis with Scarpetta just one back with nine to play. Davis and Scarpetta would both birdie two of the first four on the final nine to pull away from Gladman whose double bogey at the par-4 third would effectively end his chances.

Still just one back, Scarpetta would falter at the par-3 6th with a bogey while Davis would continue to make par after par on the final nine. Even with a closing bogey, Chuck Davis would capture the Super-Senior division with a two-day total of 5-over 149. Vincent Scarpetta’s 1-over 73 in the final round would be enough for second place while the overnight leader, Dan Gladman, would finish in third place after a closing 78.